This is my personal opinion for [Blue Archive]’s Red Strikers list for characters IN PVE ONLY with a more in-depth explanation of why that character is good. There will also be a small guide on which skills to prioritize levelling over others for said character.

Normal Skill: When she reloads, increase her attack power by 21% for 16 seconds.

Sub Skill: When attacking, she deals 2.7% bonus damage to enemies not in cover

Analysis: Hina is a very strong explosion damage striker. Her EX skill has a massive range which allows her to wave-clear effectively and she also comes with several self-steroids that makes her a DPS monster against single target enemies as well. Her normal and passive skills, along with the fact that she is using a MG as weapon, all synergize together allowing her to be a monster of an attacker. The main drawbacks of using Hina are the fact that her EX skill is very expensive (7 cost) and that she has a tendency to stand out in the open without cover (like most MG characters). Her mood is also unhappy (-10% attack) in all areas outside of city terrain (Very happy, +20% attack), which is pretty painful for later story chapters (Chapter 7 PTSD anyone?).

Normal Skill: Every 25 seconds, she fires a shot that deals 152% damage to one enemy which explodes on contact, dealing 351% damage to surrounding enemies (only 50% of the explosion is dealt to the initial target).

Analysis: Gehenna supremacy anyone? Aru is a powerful explosion damage attacker that excels at dealing with clusters of enemies. Her EX skill has a huge cast range allowing you to potentially snipe annoying mobs that are hiding behind cover as well as picking off enemies attempting to flee (sushiman anyone?). Combined with her passive and sub skills, her EX skill can easily do a massive amount of damage. Her main drawbacks are that she’s a sniper, so her attack speed is slow and she will often “overkill” enemies which is a waste of DPS. The AI for snipers also makes them prioritize cover which can lead to situations where she’s running up in front of your tank. Her EX skill radius is also rather small, which you will notice in later chapters where enemies aren’t as clustered.

Normal Skill: Every 15 seconds, inflict damage equal to 315% attack to one enemy.

Passive Skill: Increase her defense by 14%

Sub Skill: When she enters cover, recovers HP equal to 75% of her healing power (10 second CD)

Analysis: One of the free units that BA gives you at the start of the game, and easily one of the best. Yuuka is a dodge tank, which means that. Well. She dodges. Dodge tanks in BA are generally considered better than traditional tanks because “Just don’t get hit lul”. Her shield offers her a lot of free hp due to how low cost it is. At 3*, she even heals whenever she enters cover, which means less SP spent on healing  as well as being farmable. What’s not to love? She has no real issues outside of the fact that she doesn’t use a bag for her second item, which means she drops off in higher tier content due to enemy accuracy increasing, and that her AI is suicidal.

Note: Leveling her passive skill is complete bait. She has one of the lowest base defense values in the game and she can’t even use t4 bag.

Normal Skill: Every 25 seconds, throws a grenade that deals 193% attack to enemies within a small radius.

Analysis: Shiroko is a simple and efficient explosive attacker. With two self steroids, a powerful and cheap single-target EX skill and a nuke for a normal skill she is great at providing sustained DPS as well as helping cycling. What’s more, she’s even a farmable 3*. Great unit with no real drawbacks outside of limited AoE and the fact that she’s abydos (RIP skill books/discs). Also, her AI can be a bit wonky.

Analysis: Akari is a powerful sustained DPS monster. She not only has a relatively cheap AoE nuke for mobbing, she also comes with two self attack steroids (albeit RNG ones). These both stack with each other which means she gets a huge amount of free stats. Best of all, she’s a farmable character with several nodes! Her only main drawback is that during transition phases, her buffs have a tendency to drop off so she takes a while to get going.

EX Skill: Reloads immediately and increases her attack by 35.3% for 30 seconds (2 cost)

Normal Skill: Every 25 seconds inflict damage equal to 223% of her attack power to a single enemy.

Analysis: The hero of chapter 7! Serika is probably the best sustained DPS for explosive damage dealers once she gets her 3*. She has 3 self steroids which makes her an absolute monster. Her EX skill buffs stacks with itself (even though very few do), provides her with an instant reload and an attack speed buff. All for the low cost of 2 SP, which makes her a great cycling option too. She also has plenty of farm stages as well being in a good 120 yen value pack if you feel like spending $1. The only problems with Serika are that her EX skill animation is rather long as well as her having no AoE to speak of, so she’s not as effective at wave clearing. 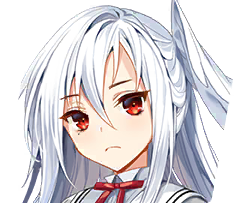 Normal Skill: Every 25 seconds inflict damage equal to 233% of her attack to a single enemy.

Analysis: Now, I know what you’re thinking. “How tf is Suzumi tier 2? Isn’t she terrible?” And to that, I have one response to you: Sushiman. For the second sushiman stage Trinity and Hyakkiyado units give the school bonus. And guess what neither of those schools have? ANY OTHER RED STRIKERS. So you’re pretty much forced to level her if you want to clear those stages at a reasonable level and not be fully kitted out. Her EX skill is okay at level 3 as it becomes a stun, her normal skill is nothing special as is her passive. Her sub skill is actually very potent, but the issue is that crowd control effects don’t last very long so it’s inconsistent. She’s also a farmable character so it’s not too hard to uncap her.

Normal Skill: Gain 2 cost at the start of each battle

Passive Skill: Increase her attack by 14%

Analysis: THE pvp god character, who is also okay in pve. Her main draw is the battery effect she provides at the start of every battle which allows you to spam EX skills more liberally, helping you waveclear faster. She will also pretty much one shot all medium sized enemies. However, this does come at a price. Her EX skill is basically unusable outside of bosses and she has a tendency to waste DPS due to her low attack speed if she hits a low health enemy.

We use cookies to ensure that we give you the best experience on our website. If you continue to use this site we will assume that you are happy with it.OkNo